Hobby Master models are renowned for their build quality and quality of detail. The models are made of cast metal. The decorations are faithful to reality. All models are limited series. The models are all the object of collections and generally increase in value … Keep the box, it will be essential to resell the model at the right price!

CORSAIR is a fighter and bombing aircraft created during World War II. It is an on-board aircraft, that is to say it can operate from aircraft carriers. This warbird will be used until 1968 and will participate in all conflicts involving the United States.

He distinguished himself in particular during the Second World War, mainly in the Pacific. It is used there by the US NAVY and the US MARINE CORPS.

Its W-shaped wing is immediately recognizable. It was simple to build, to integrate the joints necessary for the folding of the wings on the aircraft carrier. In addition, it generated little drag for good lift. On the other hand, a high approach speed made the use of flaps essential. However, its use on an aircraft carrier was complicated, so much so that the Navy preferred to use it from bases on the Pacific Islands.

This device is very popular among aviation enthusiasts but also among the general public. This is due to the success of the “hot heads” series (original title Ba-ba Black Sheep: black sheep) which features Greg “Pappy” Boyington’s squadron and its pilots. Based on the island of Bella a Cava, this name is actually coined for. series !

This F4U CORSAIR metal model represents the plane of Lieutenant Ira “IKE” Kepford, ace of the Pacific war with 16 victories.

Before the war IKE Kepford was an American football player with the promise of a professional career when, sensing war was coming, he enlisted in the Navy and announced it publicly at half-time in the season-closing match in November 1941. A few days before the Japanese attack on Pearl Harbor. at the end of his training, he joined the VF17 Jolly Rogers, famous for its badge showing the pirate flag. Find out more 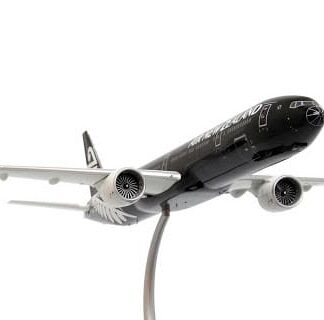